I’ve been doing a lot of research lately on cover letters. I am trying to figure out what makes bad ones terrible and great ones stick out from the pack.

This is the first in a series of posts about what we know about cover letters.

During the summer of 2009, I helped a business client of mine recruit for a supervisory position in her nonprofit for troubled children. I wrote the job description and posted it on craigslist locally. I think I received about 25 responses. Probably a third of those included cover letters of one sort or another. I wanted to reject the other two thirds out of hand, simply because the applicants couldn’t figure out how to follow the protocol for applying for a job. I didn’t, and that resulted in some other problems resulting from the candidate’s level of professionalism. Perhaps we should have paid attention to a well-known fact: Including a cover letter is a professional courtesy, as it gives the resume some context. It explains to the hiring manager why the candidate is sending this other document (resume). Without it, the resume is free-floating without a clear target. Your resume also needs an introduction, and that introduction is a well-crafted cover letter. 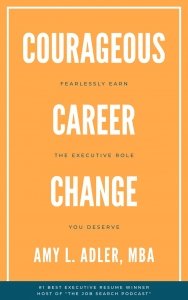 You Don’t Know What You Know About Yourself: How a Professional Resume Writer...Cover Letters, Part II: Cover Letters Shouldn’t be Boring
Scroll to top