If you’re challenging yourself to find the right new executive opportunity, you’re hoping the next application you submit will result in a job offer. Then you can get out of the job you’re in and into something new. Something different, something…better?

Will any position do? “Yes,” you are thinking right now. “I’ll do anything, as long as it’s not what I’ve been doing.” If this is your thought process, borne of desperation, I challenge you to change it right now.

Recently, I wrote about how to run toward the perfect executive position, not away from it. I received a lot of comments from executives who all reported that they needed to get away from what they were doing. Up until that moment, they were willing to take almost any position, as long as it was with some other company.

Running toward the right position never actually struck them as a strategy, given the high level of stress and frustration they were trying to get away from every single day. They were taking interviews and would take offers from all comers. In fact, they might even have measured their success by the number of interview offers they received.

Can you imagine how these executives might feel in a year or two if they chose one of those offers, just because the offer came from a different company? Probably, they’d feel the same level of frustration and disillusionment they were experiencing in their former role. Wouldn’t you feel the same if you took a new role, only to find out in a year that it was a terrible fit for you?

Your Metric for Executive Career Search Success: The Number of Job Offers You Turn Down

Today I want you to look at your own pattern of executive career search. Count up the number of interviews you’ve received. How many of those would you have taken if you had received job offers from 100% of those interviews?

Now think about your experiences critically. Do you truly believe that each of those roles was right for you? Why or why not? How many of those interviews or job offers would you have consciously chosen to reject? Perhaps you never thought about it that way, and this is exactly my point. You should be even more particular about choosing not to accept an interview than you should be about choosing to participate in an interview. If you know from the start that a company or role would never meet your needs, however you define them, then you probably shouldn’t waste your time or that of the interviewer.

What, then, does the number of offers for interviews or jobs that you reject tell you about your strategy? Why is this metric critical to your overall success? This number tells you that you are evaluating future roles on their own merits, not based on the simple fact that the prospective position is not your current one. 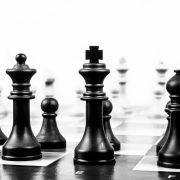 Quit the Job Search Panic: Find Your Destination and Define Your Strategy 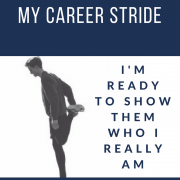