The power of any résumé hinges on its intended use, so when Michael Powers, a CEO of a well-known international marketing agency, approached me to build his career portfolio it was clear to me that a simple résumé would fail him, given his stated job search strategy and proposed outcome.

Michael’s company was being sold, and he had an inkling that he was about to be replaced by the new corporate owner. Therefore, he wanted to be prepared with a document that he could present to executive boards in related industries. It was immediately clear to both of us that a simple executive résumé would not serve his specific needs. In fact, because Michael had such a powerful presence in his industry and as a volunteer executive board member, there was no need to hide his identity—or his image[1]. Those who would receive this dossier would already know who Michael was, and his image is visible throughout the Internet, as he remains a high-profile executive whose name is nearly synonymous with the MarketDrivers brand. He also was not of the level to post his résumé to job boards, so hiding his address and his likeness seemed unnecessary.

Therefore, we chose to create an executive résumé–executive biography hybrid document, and this was the crux of my career portfolio strategy. This document was likely going to be printed and hand-delivered to industry executives of interest at levels similar to Michael’s. Thus, we needed those executives to understand Michael’s accomplishments and his brand as a corporate CEO. I established his leadership in several ways:

This résumé earned first place for Best Executive Résumé in the TORI competition of 2012. 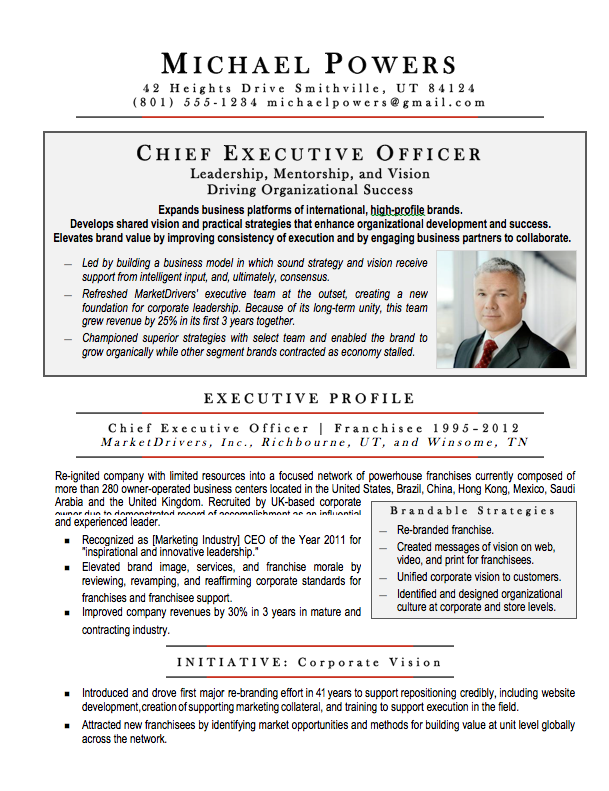 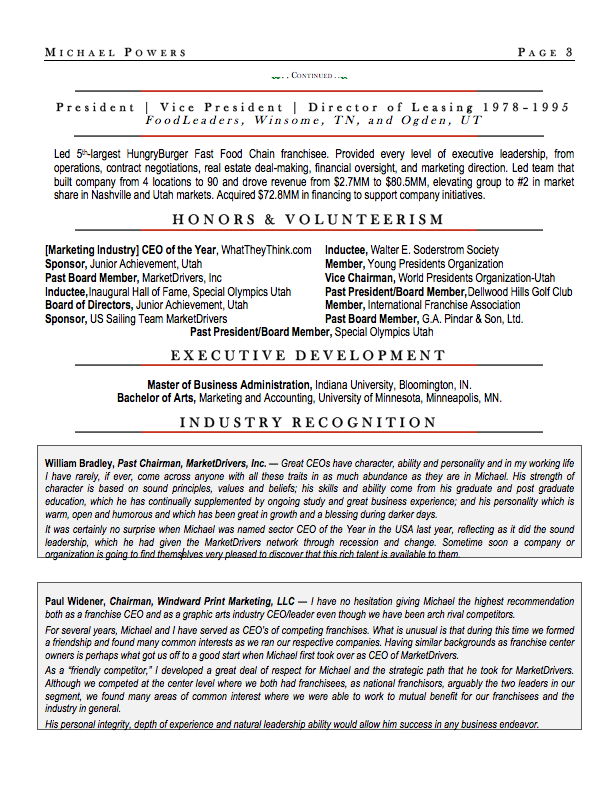 [1] The photo included in this version is of a model, not of Michael himself. Photo ©iStockphoto.com/francisblack.