I had the privilege of creating a career portfolio for Pradhi Sen, an executive hotelier with global general management expertise spanning decades. Pradhi called me at the height of his frustration; despite the fact that he had submitted the multipage résumé he created for himself to dozens of positions over several months, he was getting absolutely no traction in the United States or abroad. In speaking to him initially, it was eminently clear that he had not conveyed his expertise succinctly or effectively. I promised him we would change his trajectory.

Proven Success in Fewer than 24 Hours

Pradhi was nervous about the executive career portfolio development process, given his recent lack of success with the résumé he prepared on his own. He graciously requested that I put a rush on the project, so he could apply for a choice role immediately. I gladly did so, having learned of the level of his experience and the many stories he related about the tangible turnaround strategies he devised and implemented in major hotel brands across the globe. I delivered his portfolio to him on a Saturday in late May and didn’t expect to hear from him on his progress for a few weeks.

As events unfolded, I heard from him within days, not weeks. This is the timeline of calls I received from him reporting on his progress with several global hotel brands:

The client ultimately secured a general manager role for a luxury Caribbean resort.

This resume earned third place for Best Executive Resume in the TORI competition of 2013. 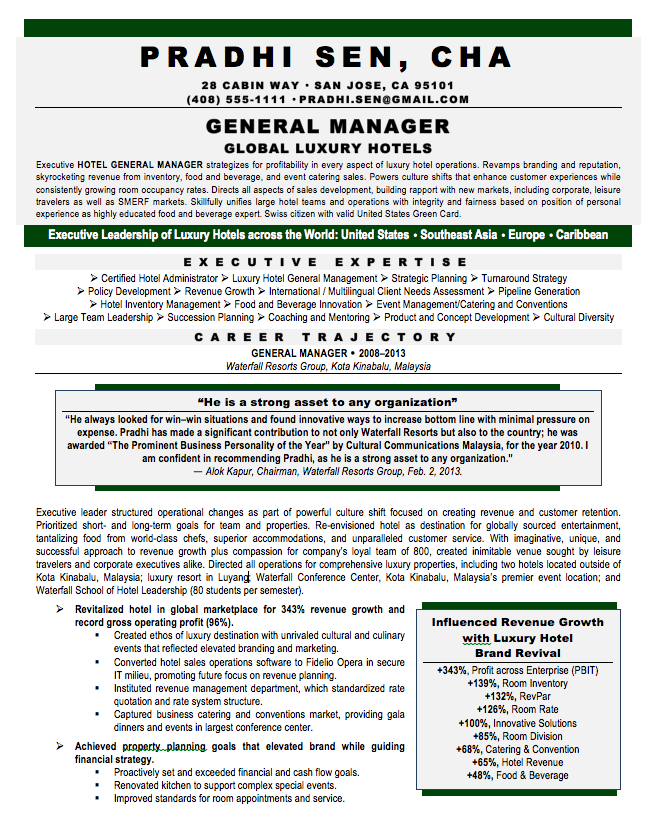 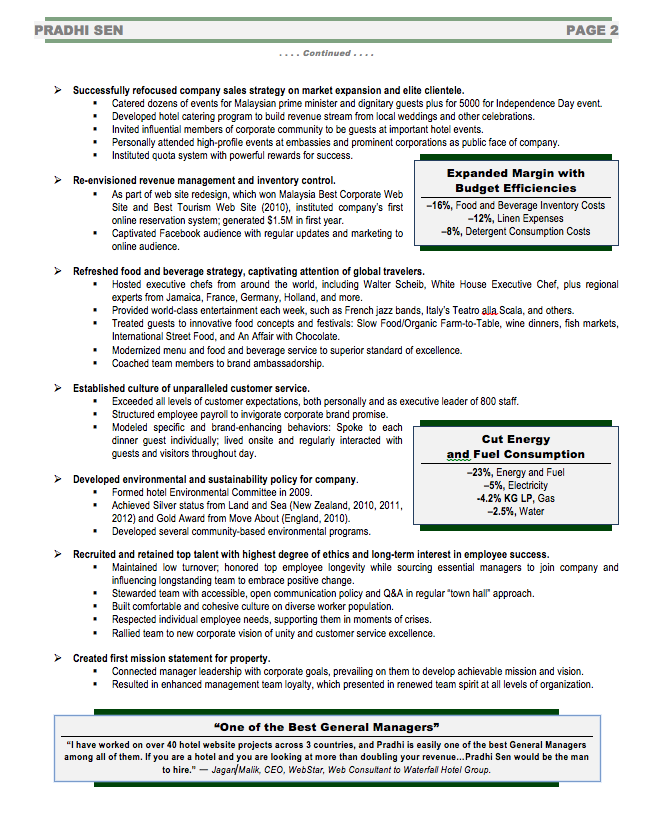 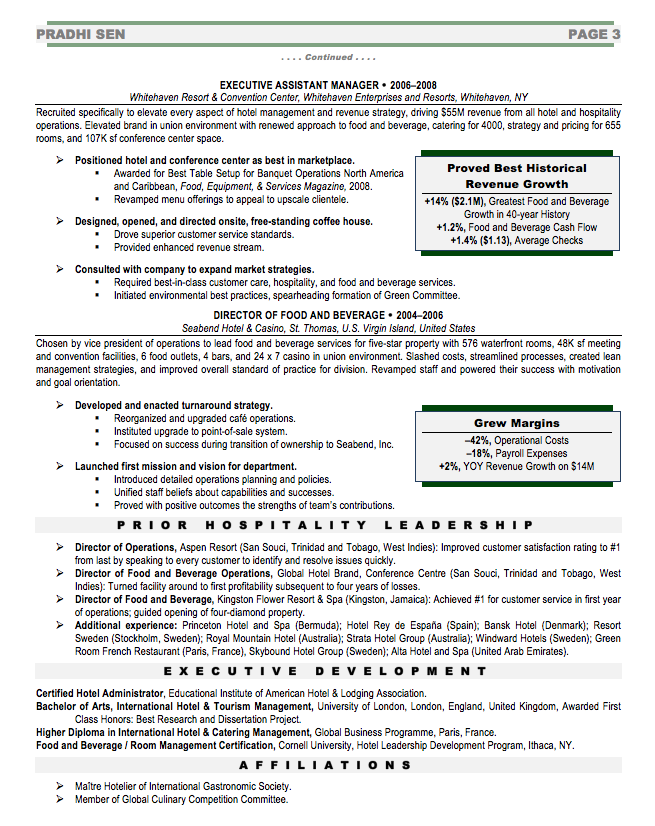